What drives you to purchase a watch? It’s a question worth asking yourself. Newer buyers may be attracted primarily to looks, whereas seasoned gear heads might be interested in what’s underneath.  Those looking for something practical may consider comfort and durability for work, exercise, or both. However, what we are all seeking is a sound purchase that keeps us happy. This week I wanted to switch it up and review a watch touted for its utility. Something I wasn’t afraid to get down and dirty with… literally: The Luminox 4220 (Authorized for Navy Use). A watch designed for the rigorous needs of the armed forces. Am I truly capable of putting it through the same ringer that an on-duty Navy Seal could? I’d like to think so, but we’ll settle with my starting goal; to wear the watch every moment of the day until my head hits the pillow at night.

Some background directly from the source: “Luminox started its relationship with the U.S. Navy SEAL Teams over 20 years ago when SEALs first discovered the unique self-powered illumination technology found in Luminox watches, and requested a watch series be made for them. Since that first meeting Luminox has continuously updated its line of watches to meet the demanding requirements of this community of warriors as well as the needs of other elite forces around the world. The Navy SEAL Colormark series is the evolution of that original series of timepieces.In 2013 Luminox had the opportunity to refine one of its watches to specifically address the needs of maritime commandos with the direct collaboration of SEALs, both active duty and retired. This partnership resulted in the A.N.U. (Authorized for Navy Use) series. featuring a stainless steel case, with screw crown and case back, sapphire crystal, multi-jewel Swiss quartz movement and 10 year lithium battery”

Does it stand the test?

I can safely say that my day to day activities were a cake-walk for this timepiece. I never took if off when working out, hiking, cycling, or surfing. But what did I expect, if a watch has the US Navy Seal’s approval – it is safe to assume it will work through doughnut runs & daily workout routines (as a result of the doughnuts).

The look and feel of this watch can be summed up in one word: Serious.  It’s weight is a constant reminder that you’re wearing something the toughest men in the world wear on a daily basis.  It’s no-nonsense design is reminiscent of modern military-grade armor. It’s constant visibility is proprietary to Luminox and was formerly reserved just for the military.  Without having to push a button or expose the timepiece to a light source, the time is continuously visible for up to 25 years. ( which comes in handy for both; undercover missions and groggy-eyed late nights ) The Luminox 4220 was engineered for the Navy, made available for the masses,  is virtually indestructible, and costs $650 retail, what more could you ask for.

Stay fearless & until next time thanks for reading! 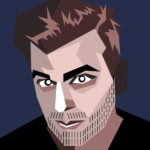 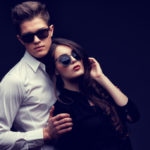 Since 1892, the Hamilton Company has helped Americans keep time. From railroad engineers and army generals to local delivery men, Hamilton timepieces have earned a place on many important wrists. This reliable line brings together style and function seamlessly. How Hamilton Timepieces Have Shaped America The Hamilton brand goes far beyond fashion and luxury. Customers END_OF_DOCUMENT_TOKEN_TO_BE_REPLACED 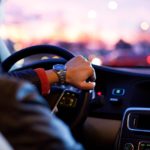 Coco Chanel wasted no time breaking into the fashion industry. At 32, she opened a couture fashion house and later expanded to include Chanel timepieces. This iconic brand has boasts a high standard of excellence and exquisite taste for fashion, accessories, watches, and jewelry. Legacy Continues in Chanel Timepieces French designer Gabrielle Chanel was famously END_OF_DOCUMENT_TOKEN_TO_BE_REPLACED 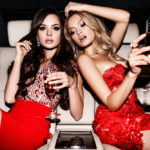 Luxury watches are a treasure for busy, on-the-go women. Let Michele timepieces keep time with the pace of your life, counting the hours of achievements and celebrations through the years. Story Behind Michele Timepieces These exquisite jewel-embellished timepieces originated from the family business of Belgian watchmaker Maurice Barouh, back in 1940. Maurice had a vision END_OF_DOCUMENT_TOKEN_TO_BE_REPLACED 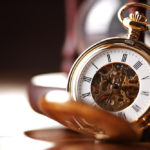 If you want a luxury watch that is both classic and fashionable, discover the exquisite line of Tudor Timepieces. These timepieces are quite affordable compared to other luxury watches, and this brand is actually an extensive of the Rolex Company. It’s time to start shopping for a Tudor! History of Tudor Timepieces Like any other END_OF_DOCUMENT_TOKEN_TO_BE_REPLACED